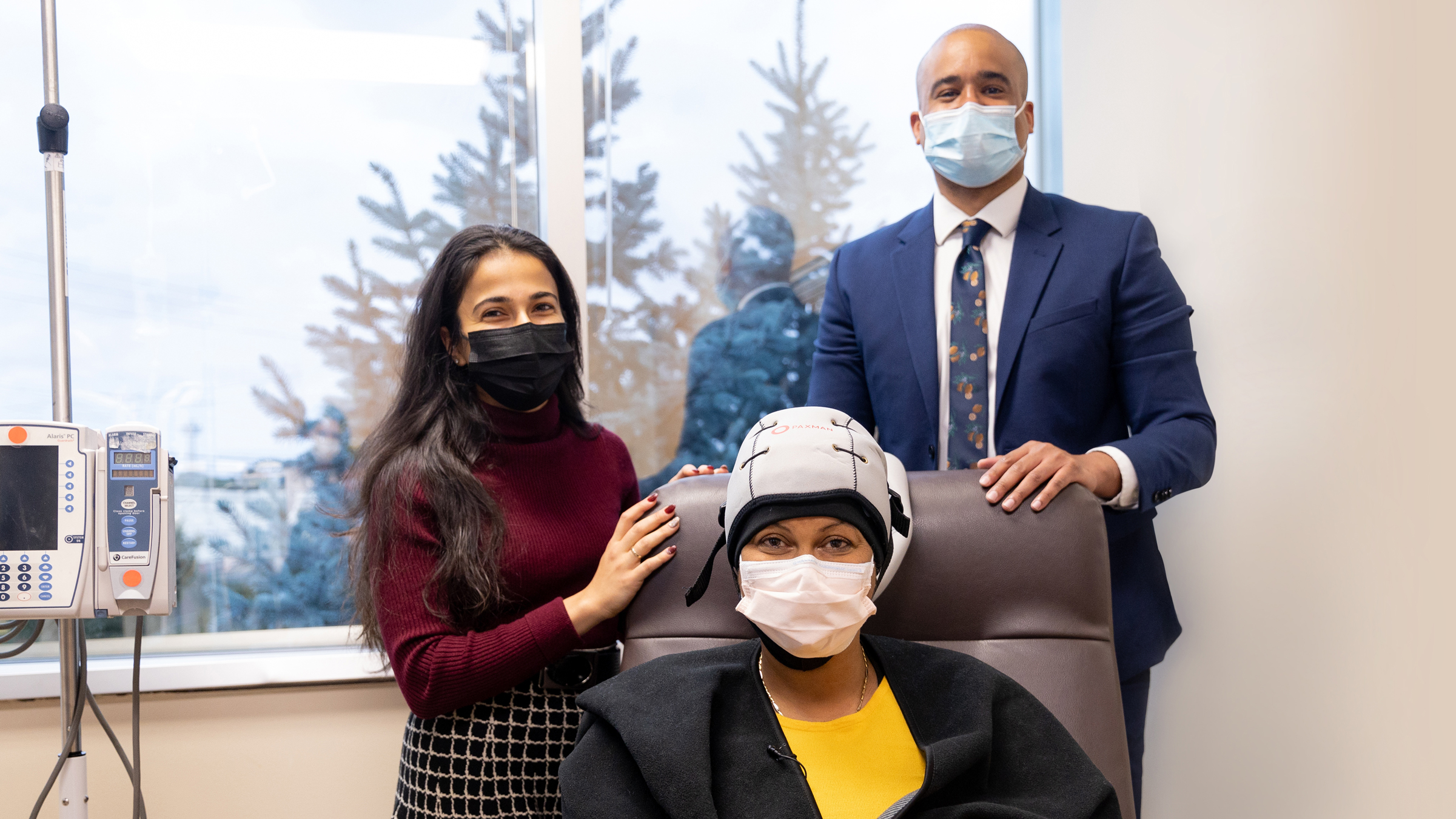 For many women of color, hairstyles such as braids and Afros can represent an important link to their history, culture and identity. Yet, there are no proven therapies to prevent hair loss for women with tightly curled or kinky hair undergoing cancer chemotherapy.

A clinical trial now kicking off at Montefiore Einstein Cancer Center (MECC) will test whether scalp cooling can protect Black and Latina women with textured hair types from hair loss due to chemotherapy, known as chemotherapy-induced alopecia (CIA). The trial will also determine which women are at high risk of permanently losing their hair due to CIA.

“For too long, science has failed to identify strategies for preventing hair loss in a diverse patient population despite the psychological distress we know hair loss can cause,” said Beth N. McLellan, MD, Director, Supportive Oncodermatology, MECC, and Chief, Division of Dermatology, Montefiore Einstein.

Our goal is to predict who is at high risk for persistent CIA and to see if we can modify existing scalp cooling techniques for Black and Latina women with natural hair. We’re not only addressing a top quality of life concern, but also ensuring we are doing everything possible so that worry over hair loss won’t cause women to avoid what might be their most effective cancer treatment. 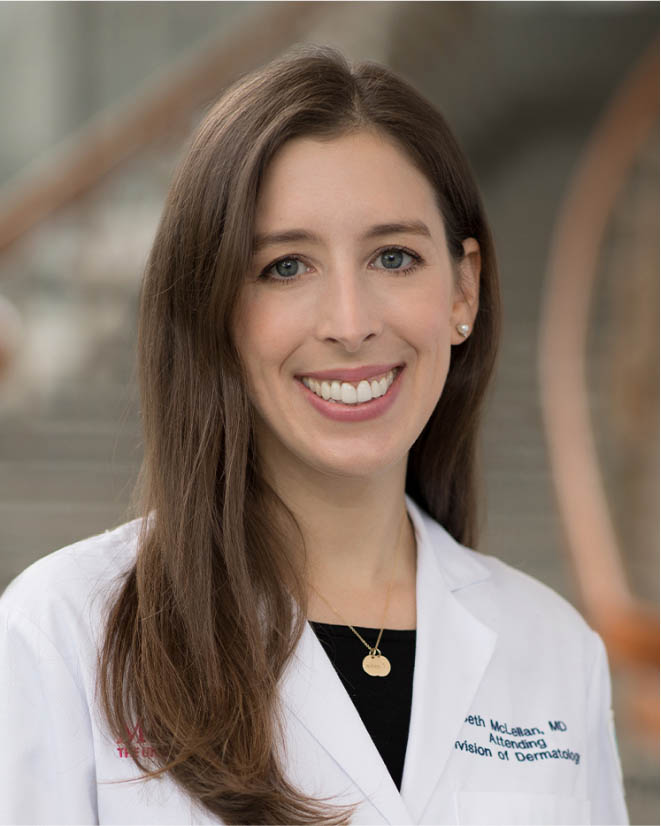 CIA is one of the most common and distressing side effects of chemotherapy, affecting some 65% of people who undergo treatment. Chemotherapy attacks rapidly dividing cells—cancer cells as well as the skin’s hair follicles from which hair grows. Scalp-cooling systems use “cold caps,” which are tight-fitting, helmet-like hats filled with a cold gel or liquid. By reducing blood flow to the scalp, the caps prevent chemotherapy drugs from reaching and destroying hair follicles and cause cells to divide at a slower rate. Cold caps are most effective when the cap is close to the scalp, which can be difficult to achieve when hair is thick or tightly curled compared to straight hair.

MECC’s study will enroll 30 women undergoing taxane-based chemotherapy. The taxanes are a class of drugs that are often used as a “first-line” therapy for breast, lung and gynecologic cancers, which are among the most prevalent cancers in the Bronx, where MECC is based. Taxanes are also associated with an eight-times-higher risk of persistent, suboptimal hair growth six months after treatment compared to other chemotherapies. The commonly used taxanes are the drugs paclitaxel (Taxol) and docetaxel (Taxotere).

Participants will be assigned to one of two different study arms based on their preference. The participants who select the treatment arm will undergo scalp cooling after their hair is prepared with a deep conditioner and put into loose braids or twists. There will also be a control group in which the participants will receive no hair preparation or scalp cooling. The goal is to determine if using this specialized hair preparation technique, intended to reduce the volume of hair, improves scalp cooling efficacy and CIA prevention in patients with textured hair. The investigators have partnered with a local hairstylist to perform on-site hair preparation and assist women with styling. 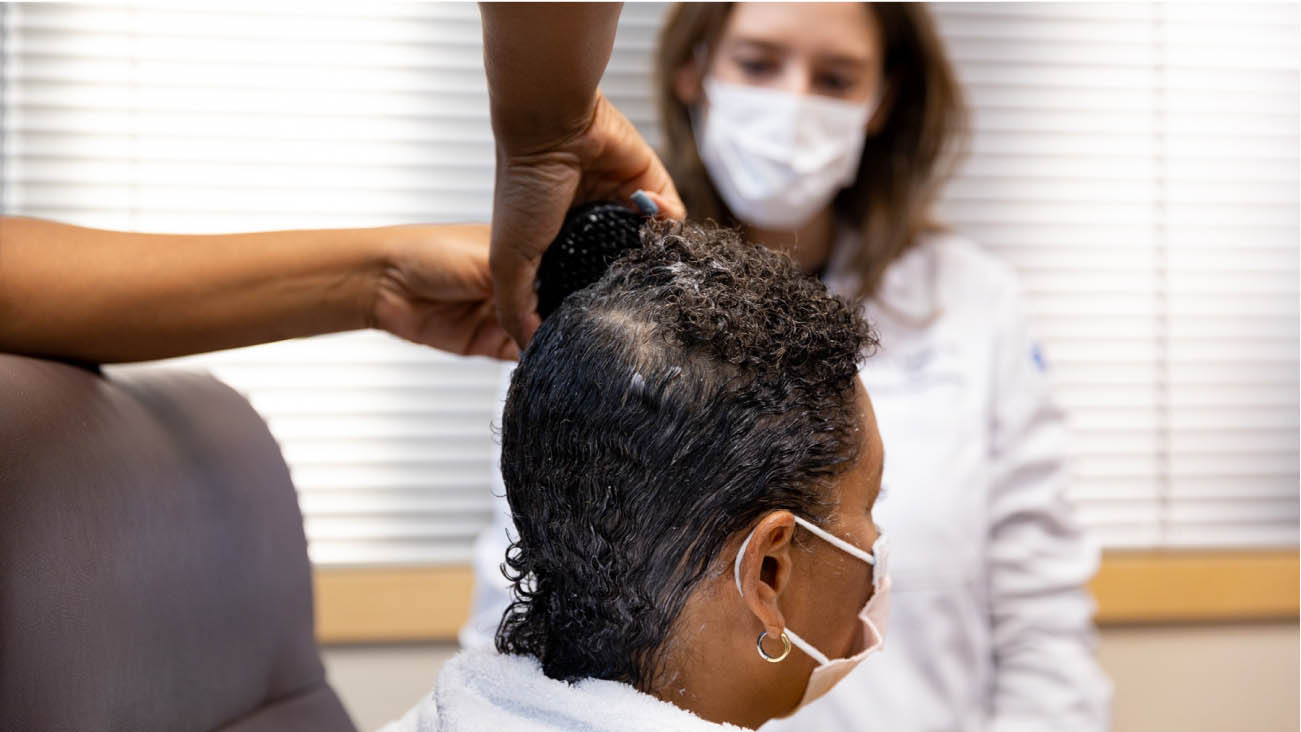 To investigate cellular and genetic determinants of CIA, investigators will perform genomic sequencing on samples of plucked hairs, rather than traditionally used, more invasive skin biopsies, to identify possible biomarkers for CIA.

“We have a lot to learn to identify who is likely to permanently lose their hair due to CIA,” said Dr. McLellan, who is also an Associate Professor of Medicine at Einstein. “We look at gene expression and molecular markers to distinguish who is at risk for cancer recurrence and to tailor cancer treatments. Why can’t we do the same for hair?”

This trial is being supported by Paxman, which is covering the cost of the cooling caps and machines and is being funded by grants from Pfizer and the Skin of Color Society and from the American Academy of Dermatology. 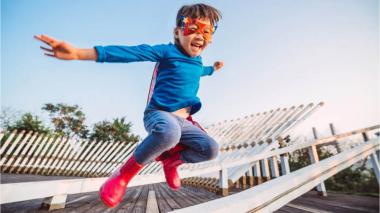 “Kids Get Arthritis Too. Know the Signs,” by Dawn M. Wahezi, MD, Chief of Pediatric Rheumatology, Children’s Hospital at Montefiore 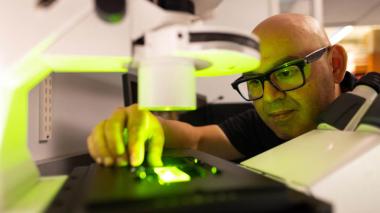 Searching for the Next Generation of HIV Therapies: A Conversation with Einstein Researcher Felipe Diaz-Griffero, PhD 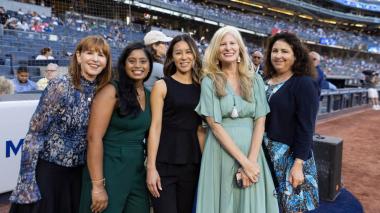